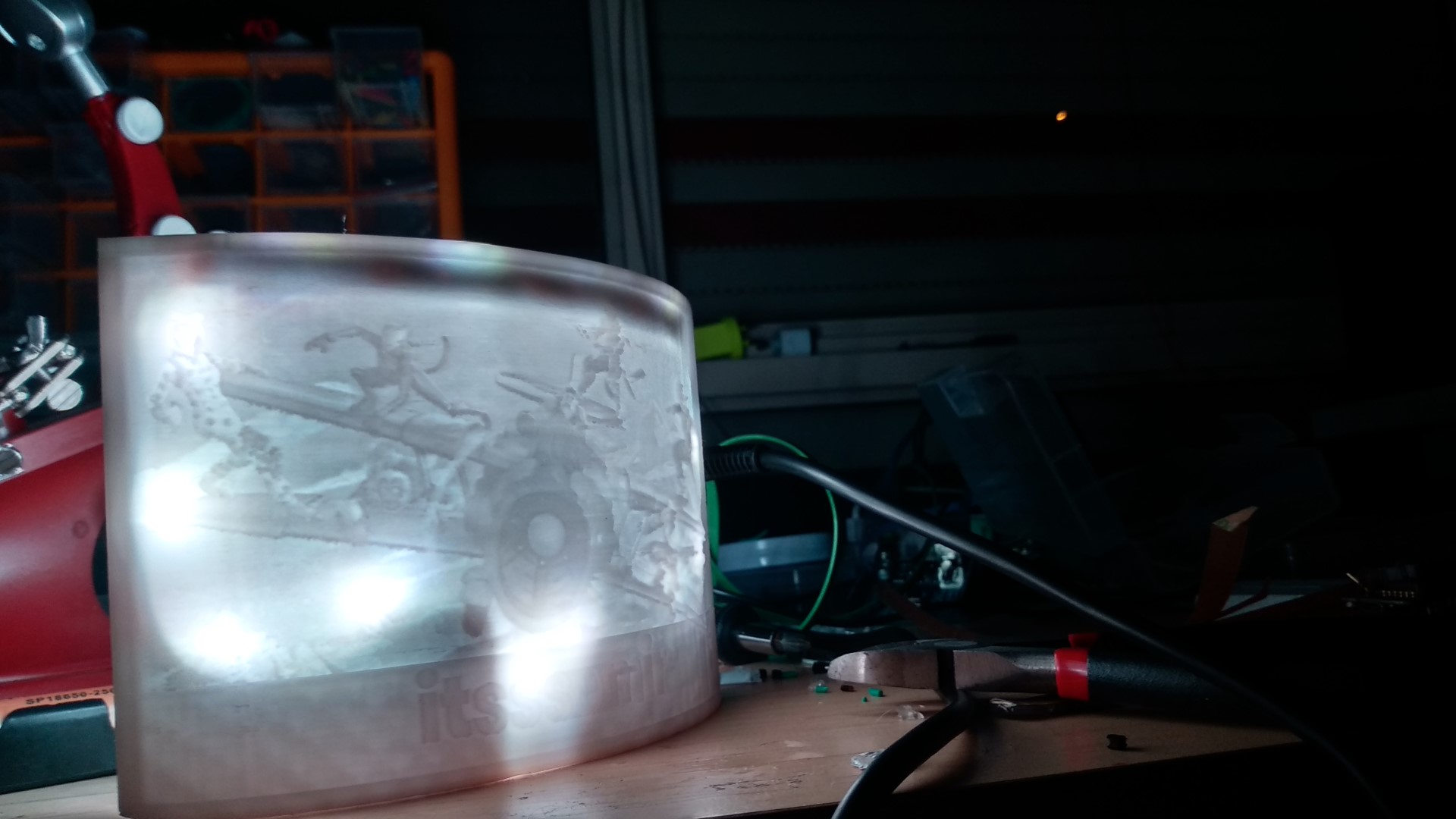 Now isn’t that a mouthful… My nephew like all other teens, is into Fortnite. He also discovered RGB LEDs…. So, I thought I’d upgrade his AliExpress 5/10m RGB strip to a Wi-Fi enabled, 16 million colour, battery powered, USB rechargeable Fortnite lithographed 3d printed lamp!

All in all, it was a pretty easy project, but I have an idea for a bigger LED and battery project so thought this would be good practice. Parts list

My idea was to 3d print a fortnite lithophane. Have the tp4056 act as the battery charger when its plugged into USB and have the 18650 battery take over when its unplugged. The D1 mini will be the micro controller with McLighting as the LED controller and WifiManager to create an access point. That way you can connect through WIFI to the device and control the led strip. The 18650 battery can provide around 4.2 volts, which with a capacitor and the tp4056 can provide the power needed.

First off, find the image you would like to highlight. Nephew being into fortnight, I found this one on thingiverse but the design didn’t match what I wanted to do. So I tracked down the image and made another version using the online tool here from 3dp.rocks. Though theirs looks like it turned out better than mine, I think the resolution of the image I used was too low unfortunately.

I took the output from 3dprocks and put it through Freecad to design a box for the power and controllers and got the trusty Ender 3 to print it all out.

Then soldered 3 strips to fit around the edge of the printout, version 2 would have a strip across the top facing down so the strip can have more uniform lighting. A diffuser would do well too.

So the tp4056 gets connected to the battery and to the led. There are 13 LEDS so with the amps from the esp8266 and the 13 leds, it all fits under the 2 amps from the tp4056. From there add a capacitor to filter out the power and a header for future upgrades (I’d like to add a IR blaster and receiver so he can control his other RGB lights too.

From there upload the McLighting firmware and adjust accordingly. Bingo, a weekend project that is a WIFI enabled, 16 million colour, battery powered, USB rechargeable Fortnite lithographed 3d printed lamp for $10!